How to properly install SnoClip™ on ColorGard®. 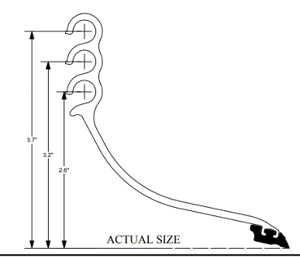 Please note: These images illustrate the SnoClip III. The steps remain the same for the SnoClip II; however, there will only be two locks on the clip.

Slide SnoClip onto ColorGard during installation. One or two clips are used between seams. Slide the SnoClip onto the back of the crossmember using the lock that results with the rubber “foot” resting properly on the panel surface. When applying downward pressure on the part, the “toe” should engage the surface of the panel just before the “heel.”

Notes: Reference this chart for specific parts in the diagrams below. 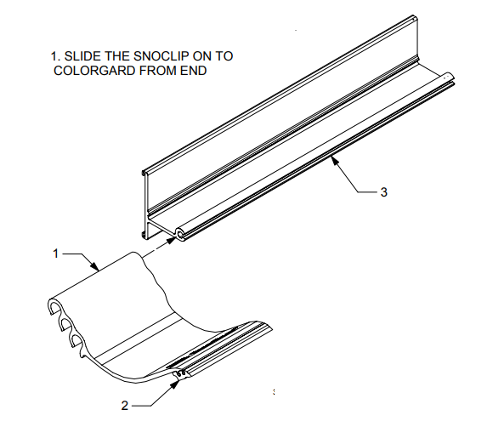 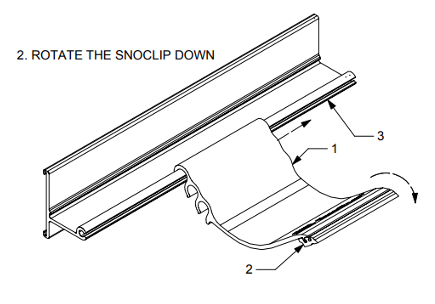 Caution: SnoClip II and SnoClip III should not be used when the attachment spacing is greater than 32” (81.3 cm). Should your seam spacing exceed 32" (81.3 cm), ask your S-5! distributor about custom SnoClips. SnoClip is not appropriate for use on copper roofs.

SnoClip may not be suitable for use on 3” seams with horizontal orientation.

Maintenance: SnoClip may need periodic maintenance. SnoClip may migrate laterally; this does not affect its performance. Some adjustment may be desired (a small dab of silicone can be used inside or alongside the SnoClip lock to prevent this).