For horizontal seams with .5″ (13 mm) or less dimension of folded portion: 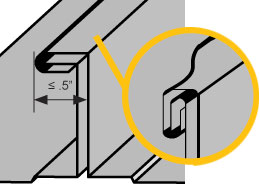 This illustration demonstrates crimping technique, NOT actual location of clamp. 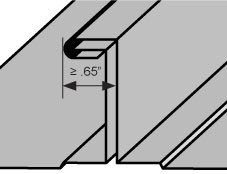 For horizontal seams less than .65″ you may also crimp the seam as shown above for the S-5-E.